Awaken's Mission: To reconcile this generation to Jesus Christ and empower them to live mature and missional lives.

More than anything else, Awaken is a church committed to reaching the Next Generation: Young singles, young families, and the young-at-heart.

As a church, we eagerly embrace people from every age group and cultural/ethnic background. More than that, however, we are a church that believes we exist to help meet a great need – to impact a young generation that is becoming increasingly disconnected from God and the church. That need burdens us, fuels us, and is a large part of defining what Awaken is all about.

So, our vision is to partner with like-minded Saints and churches to introduce the young and young-at-heart to a beautiful God who inspires faith and offers redemption to a world lacking in both. As a result, we have committed ourselves to certain practices. 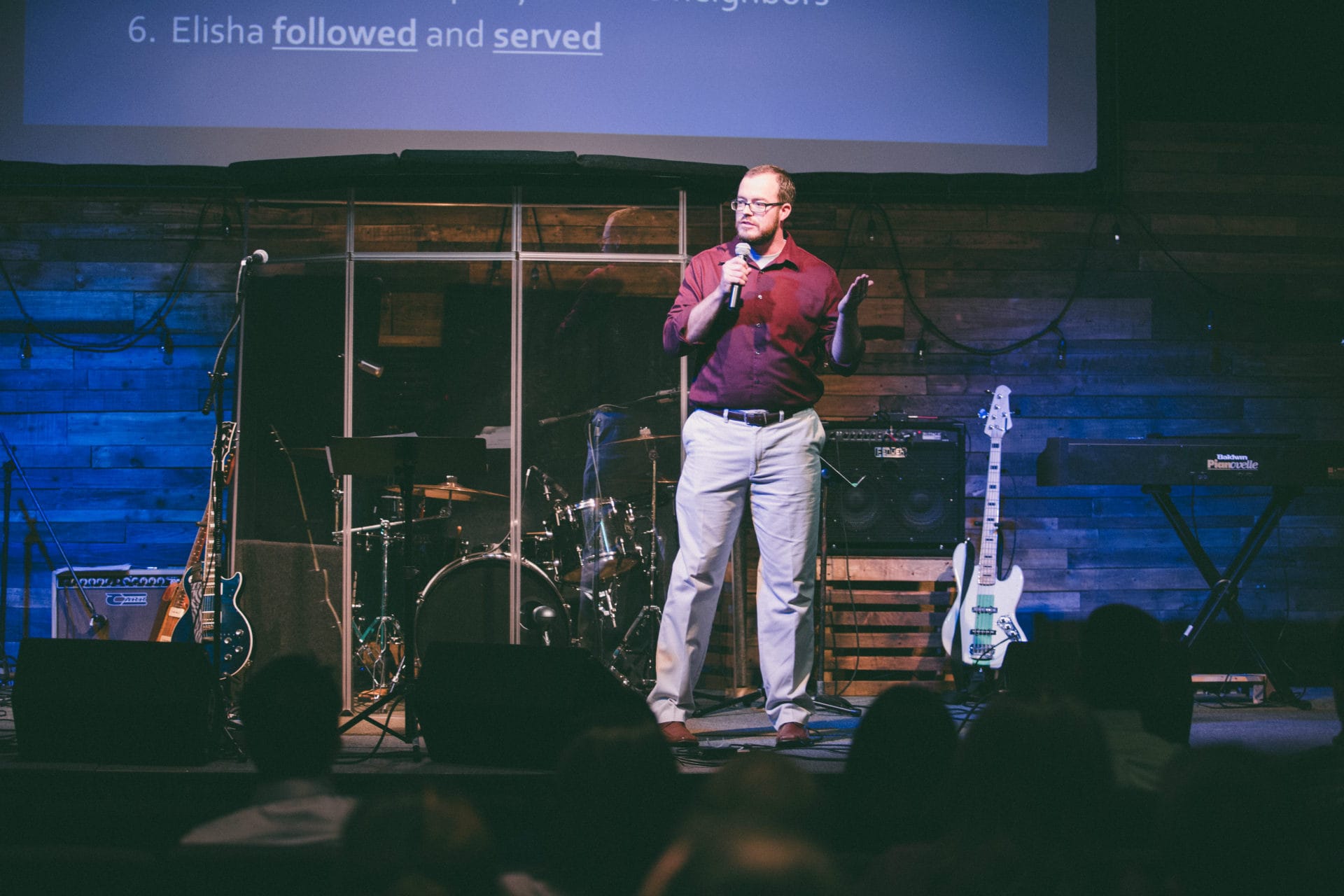 The Scripture
The sole basis of our beliefs is the Bible, the 66 books of the Old and New Testaments. It was uniquely, verbally, and fully inspired by the Holy Spirit and was written without error in the original manuscript. It is the supreme and final authority in faith and life in every age.

God
There is but one God, infinite in power, wisdom, justice, goodness and love, Creator of the universe, eternally existing in three persons-Father, Son and Holy Spirit-each of whom possesses all the attributes of Deity and the characteristics of personality.

Man
God created the first man and woman in His own image and appointed them to rule and care for the earth. They lived in perfect relationship with God and each other. God instituted marriage, which is the life-long union of one man and one woman and the foundation for bearing and raising children in a family.

The Fall
The first man and woman doubted God’s goodness and rebelled against Him. In judgment, God brought death into the world and creation fell from its state of perfection. Since then, all human beings are born with a corrupted nature and without spiritual life and are under the wrath of God because of their sin.

Jesus Christ
God the Father, by His own choice and out of love for sinful men and women, sent His Son, Jesus, the Christ, into the world to reconcile sinners to Himself. Jesus was conceived by the Holy Spirit and born of a virgin. He was God in the flesh, both true God and true man. Jesus lived a sinless life and voluntarily suffered and died as our substitute to pay the penalty for our sins, thus satisfying God’s justice and declaring righteous all those who trust in Him alone.

The Resurrection
Three days after His crucifixion, God raised Jesus from the dead in the same body, though glorified, in which He lived and died. He bodily ascended into heaven and sat down at the right hand of God the Father, where He, the only mediator between God and man, makes intercession for His own.

Salvation
Men and women are freed from the penalty for their sins not as a result, in whole or in part, of their own works, goodness, or religious ceremony, but by the undeserved favor of God alone. God declares righteous all who put their faith in Christ alone for their salvation.

The Holy Spirit
The Holy Spirit has come into the world to reveal and glorify Christ, to convict men and women of their sins, and to impart new life to all who place their faith in Christ. He indwells believers from the moment of spiritual birth, seals them until the day of redemption, and empowers them to live a life pleasing to God.

Assurance
All who are born again of the Spirit can, through the sure promises of God, be fully assured that God will complete the work He has begun in them. They are sealed with the Holy Spirit, who is God’s deposit, guaranteeing their eternal inheritance. Good works are not the basis for acceptance by God, but as believers grow in doing good, they grow in their assurance that they are truly children of God and that they will be with the Lord when they die.

Jesus’ Future Coming
The Lord Jesus Christ will physically return to earth to reign in glory. He will raise the dead and judge the world in righteousness. The wicked will be sent to eternal punishment. The righteous will receive immortal bodies and be welcomed into eternal fellowship with God in a world where all things will be made new.

Baptism & The Lord’s Supper
Jesus commanded that those who believe in Him are to be baptized in water as a declaration of faith and a symbol of new birth in Christ. He also instructed His followers to remember Him by partaking in the Lord’s Supper, which reminds us of His death, resurrection, and future coming.

The Church
All true believers make up the church worldwide and should assemble together in local churches for worship, prayer, fellowship, and teaching, in order to become conformed to the image of Christ and to become equipped to carry out the ‘Great Commission’ that Christ gave His followers in Matthew 28:19-20.

Grace of God
God’s Grace Through Jesus Christ Is The Basis And Power, Not Only Of Our Personal Lives, But Also Of Our Ministry. Commitment To God And His Word Our Aspiration Is That Our Ministries Will Be Marked By A Wholehearted Devotion To God, Through Prayer And By Studying, Obeying And Teaching His Word.

Commitment to God and His Word
Our aspiration is that our church and ministries will be defined by a wholehearted devotion to God, through prayer and by studying, obeying, and teaching His Word.

The Great Commission
Our Ultimate Goal And Mission Is To Reach The Whole World With The Gospel Of Jesus Christ, And To Make Disciples Of All The Nations.

Church
The Local Church Is God’s Vehicle For Accomplishing The Great Commission. The Church Is The Place For Winning People To Christ, Building Them To Maturity, Raising Up Leaders, And For Preparing Church Planting Teams To Be Sent Out For The Expansion Of God’s Kingdom.

Church Leadership
We Place A Priority Upon Raising Up Pastors And Other Leaders Of Christ-Like Character Within The Local Church.

Love and Unity
We Desire Our Ministry To Be Marked By A Christ-Like, Selfless Love, Loyalty, And Unity With Fellow Believers.

Raising Godly Families
Strong Families Are The Foundation For Strong Churches. Therefore We Make It A Priority To Equip Members And Pastors In Building Their Marriages And Families.

Every Member a Minister
All Christians Are Empowered Through The Holy Spirit To Be Workers In The Church, Not Just The Pastors. Therefore We Seek To Equip Each Member To Utilize His/Her Spiritual Gifts To Serve Others.

As a church, we realize that we are not alone in our work to build God’s Kingdom. Here are some of the other Kingdom-building organizations to whom we are closely affiliated:

Reliant Ministries: Reliant Ministries mobilizes missionaries to work in their local churches for the purpose of evangelism, discipleship and church planting. We train, employ and serve missionaries as they raise a team of supporters for their ministry. GCM was founded as a mission agency in 1989, and today it employs hundreds of missionaries who work to expand God’s kingdom in North America, Europe, Asia, and Latin America.

The Awakening: The Awakening is our UNF student organization committed to effectively discipling college students at the University of North Florida and empowering tomorrow’s leaders to fulfill their God-given potential.

In addition, we are affiliated with organizations outside our Great Commission network of churches to connect ourselves with the worldwide body of Christ.